I've had so much therapy, but nothing has worked. I think I'm unfixable

Hi, I'm Dawn Walton and I'm a trauma-informed Quest Cognitive Hypnotherapist and Master NLP practitioner with a Masters in Psychology. I use NLP and Neuroscience to work with you to reprogramme your brain, in a solution-focussed, talking therapy approach.  I’ve helped more than 1200 people all over the world, from ages 8 to 88. Are you ready to change? I can help you too.

I specialise in working with trauma - particularly complex PTSD arising from childhood issues. It is an area where I have lots of personal and client experience, and I've developed a therapeutic approach that is incredibly effective. Most clients need no more than 3 sessions to be able to get on with their lives without needing ongoing therapy. 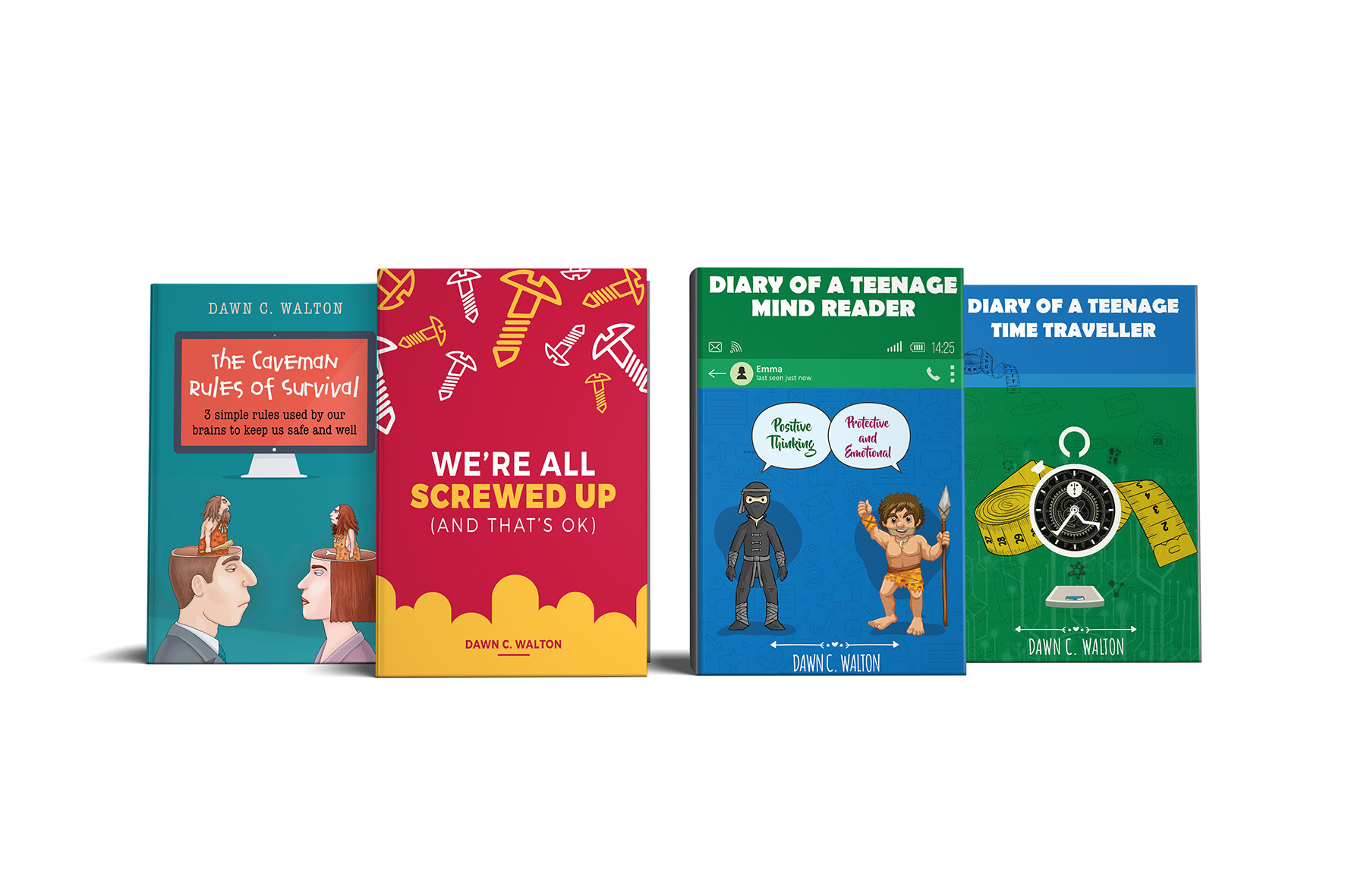 It is said the in the UK 1 in 4 people has a mental health problem. That means 3 in 4 don't. That is simply not true. We are all screwed up. Let's change the way we talk about mental health to acknowledge how normal it is to be screwed up. Maybe what we should be able to say is: "This is my screw up. It is / is not getting in the way of my life right now!"

I experienced a range of different types of childhood trauma, and have battled CPTSD my whole life, without realising it. In 2011 I attended my first session of Quest Cognitive Hypnotherapy with its founder, Trevor Silvester. From that moment my life changed.

Through my personal experiences of overcoming trauma, and my studies in Neuroscience and Psychology, I have developed a unique and powerful approach for clearing trauma. This approach does not require you to talk through your trauma, and can deliver life-changing changes in 2-3 sessions. It works exactly the same way when delivered online as in person, so it doesn't matter where in the world you are based, I can help you.

I’m looking forward to supporting you on your journey, whether it’s via sessions with me or my online, self-paced courses.

It’s a big decision choosing a therapist. I’m happy to chat so if you need to know more. Browse my site, message me follow me on my social media sites, or drop an email to dawn@thinkitchangeit.com. I am not a 9-5, 5 days a week therapist. I work Monday to Saturday from 9am-8pm UK time. I also email and message in between sessions to make sure you are never alone once you start your journey.

Listen to my podcast

Hi My name is Dawn Walton. I'm a mother of one daughter (born 2008).  I am married to Paul and we have been living in Dundee, Scotland since 2000. I grew up on Anglesey in North Wales and went to University in Manchester to study Computer Science. That's where I met my husband.

I came to therapy the long way round. Well I suppose it was the worst way. For the first 18 years every single adult that was responsible for my care abused or neglected me in some way. I have experienced neglect, starvation, emotional, physical and sexual abuse. And I can tell you now I'm fine. I'm happy and have a loving family and amazing friends.

By the time I left home to go to University at the age of 18 I was planning to end my life. I just figured that if the first 18 years had been like that, I didn't want to see the rest. Something inside of me was a fighter though. I spoke to the other students in my halls of residence and soon realised I could be whoever I wanted to be. No one knew my past. No one knew what was in my head.

This gave me a unique advantage. I was ignoring all the doubts and insecurities that would limit other people. I had them. I just learned not to listen.

I got my degree, got married, and a hugely successful career.  I have had a few careers. My first was technical support. That refined my troubleshooting skills. My second was consultancy in Call centres. I travelled the world with that career and it taught me to work with different people. It taught me how to work with their way of working, and help them learn to work better.

But something was still missing. Every day I wanted to die. I used to joke that I wished I'd be run over by a bus, but then lived somewhere with no buses! Despite this I was fine. In 2000 my husband and I moved to live in Dundee. I was in a senior position at work, and then in 2007 I had my first child. In that same year my husband suffered a series of heart attacks. My son was born prematurely at only 26 weeks. Despite fighting, after 30 days he died.

In 2008 I had my daughter. She is truly amazing and I marvel every day that she has done so well. Especially as I assumed there was no way I could be a good mother after my early experiences. It was her that motivated me to change. When she was around 3 years old she started asking "are you happy mummy?". I would lie and say I was. But she kept asking. I took to Twitter and asked why she kept asking. They said she was learning empathy. I said she was rubbish at it as she kept asking! I realised that it was one thing for me to be screwed up, but I couldn't be responsible for that screwing up my daughter.

I was told of a therapist in Harley Street in London that could help me. Even though I was on a six figure salary it seemed unrealistic to go and see a therapist in Harley street for months - they are an expensice lot! Then I was told he could help in just a few sessions. I thought that was ridiculous, but I had that little ember of hope that it was true. I mailed back and forth with him and eventually went to see him.

Everything was different after my first session. There was a voice in my head, a critical, nasty voice, that had gone quiet. How was this possible in just one session?

By the second session I thought this was magic and determined I had to learn how to do this. It felt like my life led me there. The man was Trevor Silvester and he is the founder of a therapy approach that is based on reprogramming the subconscious called Cognitive Hypnotherapy. I qualified as a Cognitive Hypnotherapist at the Quest institute in 2012, quit my 6 figure salary job and became a full time therapist in 2013. I went on to get a Masters in Psychology. I'm always learning and have studied trauma and the brain extensively. My plan, if I can find a supervisor, is to do a Phd in therapeutic approaches to trauma.

I want everyone in the world to realise how normal it is to be screwed up. It doesn't matter whether you've had a great childhood, a rubbish one or just an average one. We all have our screw ups and we function just fine. The time to get help is when those screw ups get in the way of your life.

This is what I want you to know: You can be happy. You can be free. It doesn't matter what has happened before. I can help you. You just need to choose to take the first step.

Hi My name is Dawn Walton. I'm a mother, a geek, a therapist and author. I'm also a public speaker.

I had an abusive childhood, experiencing most forms of abuse by the time I was 18. This doesn't make me a better therapist. Your experiences are unique to you. Overcoming those experiences, getting the right help, and finding myself here and now as a happy person with a thriving business is what makes me a good therapist. Why? Because I understand the art of the possible. When you come to me you don't think you can be helped, but you hope that you can. I know 100% that together we can get you where you want to be, even if I don't know how at the start.

I take a glowing ember of hope, and teach you how to make it into a roaring fire that you can keep burning without me.

All I need is for you to think "What if it's possible that Dawn can help me?", take the first step, and leave the rest to me

We're all screwed up - including me. But we function amazingly well despite this. Don't forget that.

1 My story
Lessons for this section 1

Enter your email address and we will send you a link to reset your password.